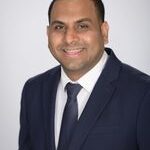 Juan Sancho was born in Costa Rica but during his childhood he grew up in Miami. He gave his life to the Lord in 2004 through a fellow student and joined his church. Later, God sent him to Chicago. Juan arrived in Chicago around 2006. Not long after, he joined MPI Church and later attended and graduated Bible College. With God moving in Juan’s life, God planted a seed in Juan’s heart to plant a church where he grew up, Miami. Juan met a young woman named Diana in 2009. They got married and were blessed with a child, whom they named Elijah in, 2014. Juan and Diana both became Deacons at MPI Church in 2016. They served in life group settings and evangelism for ten years. In November 2019, Diana suddenly died from heart failure, and Juan faced one of his darkest seasons in his life. He struggled as a single parent to raise Elijah and to rebuild his life without Diana. Juan’s story seemed to be over, and done, but God had the final say to restore Juan back to the ministry, and restore his family structure by allowing Juan and Michelle’s paths to cross. Juan and Michelle wedded and has been a tremendous blessing to Juan as a wife and mother to Elijah. Juan currently holds a Bachelor of Arts from Moody Bible Institute. He has a Master of Divinity Degree at SUM Bible Theological Seminary. Juan Sancho served as an intern Pastor at MPI Church, and he is the campus pastor and church planter at MPI Miami Church. Juan is also a Bible professor at Legacy Ministry College where he began to teach in the Fall 2021. 1 Corinthians 15:10, “But by the grace of God I am what I am, and his grace to me was not without effect. No, I worked harder than all of them—yet not I, but the grace of God that was with me. 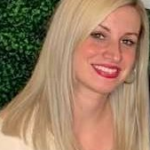 Michelle was born in Miami, FL. Since the age of five Michelle has been surrounded by the gospel. She would eventually be led to Christ by her father. In her mid-20’s, Michelle was led astray, became backslidden and was led into the New Age belief. Michelle felt God’s calling in her life and to recommit herself to the ways of the faith. She was re-led to the Church in January 2020 when Michelle met Juan. They later got married on March 10th, 2020. She had felt God’s calling to come to Chicago where she would continue to do God’s work. Michelle Sancho holds a bachelor’s and Master’s in Social Work. She has previously worked in mental health field and has a passion for counseling troubled youth and adults. She is currently enrolled in Masters in Biblical Studies at SUM Bible College and Theological Seminary. Michelle has become a professor at Legacy Ministry College in Fall 2021, and she serves alongside Juan as an MPI Miami church planter and a Deaconess.